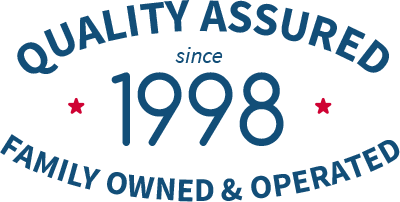 Serving all of Northern VA

My Water Heater Is Rusty: Should I Replace It?

Rust is never a good sign—on anything. Although you might expect to notice rust on your water heater at some point because it has water in contact with metal, rust and other types of corrosion are generally rare for a water heater until it’s near the end of its service life. The inside of the tank is glass-lined to keep water out of contact with the tank walls, and there are other precautions in place to defend against rust.

However, a water heater can still start to develop rust. When you see this, you’ll probably wonder if it’s time to have a new water heater installed.

Rust appearing on or in a water heater is one of the major signs that the appliance is close to failing due to age. You might first notice the rust in the water: a reddish discoloration coming from taps when the hot water is turned on. It’s possible this comes from old pipes (if you have galvanized steel pipes still in place rather than copper ones), but it’s a higher likelihood that it’s a water heater that is rusting from the inside. This is actually worse than finding rust spots on the outside of the unit. Call on a technician to look over the water heater and tell you if you need to have it replaced soon.

A few spots of corrosion on the outside of a water heater may be nothing to worry about, and if they appear on parts that can be replaced, such as the heat exchanger, than a repair is probably the better choice. You can ask a repair technician what the options are. But if the rust spots are appearing on a water heater that is 15–20 years old or more, it’s an indication that the system has aged past the point of being worth keeping. A new water heater will save you an immense amount of money in energy efficiency, and you won’t have to worry about it failing in the immediate future.

Contact Oasis Heating, A/C & Refrigeration if you suspect that you may need to replace your water heater in Fairfax, VA.

Schedule your maintenance appointment in Northern Virginia today or fill out our online contact form.

“Would absolutely use their services again. Arrived on schedule.”

Oasis Heating, A/C & Refrigeration is currently OPEN and performing active measures to prevent the spread of COVID-19 for our workers and loyal customers. We hope that you stay safe and healthy during this time. Schedule A Service